As millions of Ukrainian refugees flee the country, historian David Nasaw is not surprised by the world’s reaction to their plight.

“The influx of aid received and invitations to resettle have a lot to do with the fact that Ukrainian refugees are European, white and Christian – with some Jews,” said Nasaw, author of the recently published article “The Last Million: Displaced People in Europe from the World War to the Cold War.”

“Refugees who are not white, Christian or European are going to continue to be treated badly,” Nasaw told The Times of Israel. “In fact, the treatment [of other refugee groups] may deteriorate due to the attention and resources focused on Ukrainians.

In his book, Nasaw recounts the plight of “displaced people” in the years following Europe’s liberation from Nazism, including the quarter-million Jewish Holocaust survivors who became “pawns” in the cold war between Moscow and the West.

By the end of World War II, Jews made up 2% of Germany’s “displaced” population. In 1947, however, at least 20% of those displaced were Jewish, Nasaw said. The world was finding work permits and residency status for European refugees – except for Holocaust survivors.

Almost all of the Jewish POWs who entered southeastern Germany in 1946 and later had survived the Holocaust under Stalin’s “protection” in Soviet lands, Nasaw said. When they returned to Poland after the war to reclaim their homes, most of the survivors were driven out of the country a second time by vigilante groups and pogroms.

In the eyes of Western countries, Jews who survived the war on Soviet territory were not desirable immigrants, Nasaw said.

“[These Polish Jews] owed their survival to the Red Army and their families were still under the communist orbit, which made the refugees suspicious in the eyes of the United States and other countries,” Nasaw said. “I think the Cold War really started around these DPs.”

According to Nasaw, the “red scare” and existing negative stereotypes about Jews were fused together by anti-Semitic leaders who sought to prevent Jewish refugees from entering the United States.

“During this period in the United States, there were a number of politicians from the South and Midwest who helped revive old anti-Semitic myths,” Nasaw said, pointing to the duck of Jews as disloyal and unable to stand up. assimilate. 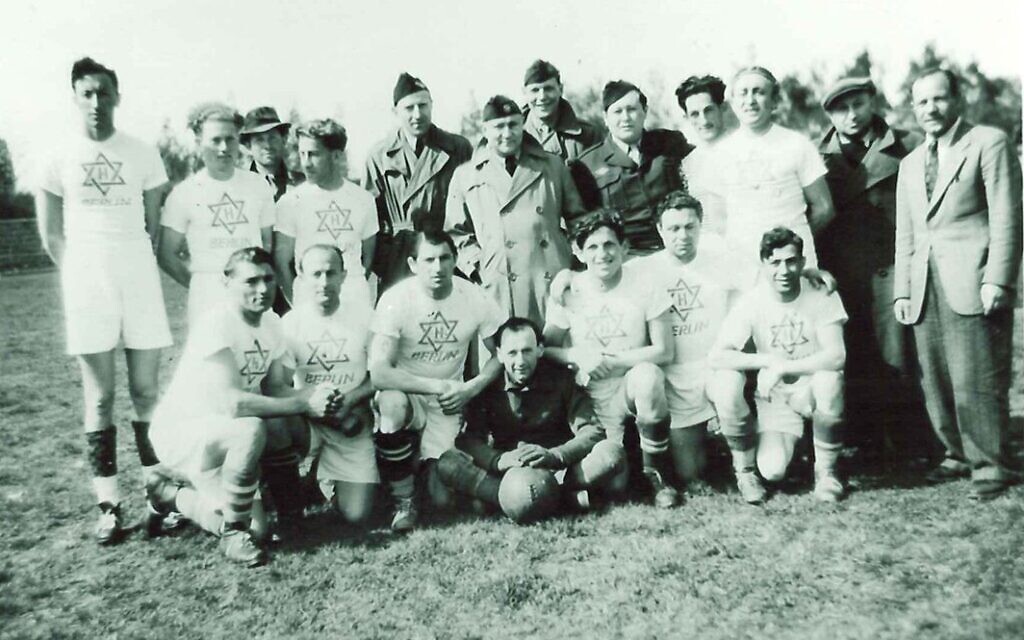 “It was a shameful moment in our history,” Nasaw said.

About 50,000 of the 250,000 Jews displaced in Germany managed to obtain visas for North America, Nasaw said. Simultaneously, the United States and other countries admitted thousands of Nazi collaborators, as these refugees were considered anti-Soviet.

“The thinking in the United States was that the Jewish refugees were probably Communists or Soviet sympathizers, or at least not in tune with the need to prepare for a Cold War that could escalate into World War III,” he said. Nasaw.

From Moscow’s perspective, the DP camps were potential training grounds for an anti-Soviet insurgency. In fact, Nasaw said, the Allies toyed with ideas about airdropping armed DPs to – for example – Lithuania and Ukraine, where the vengeful refugees would fight with Russian authorities. 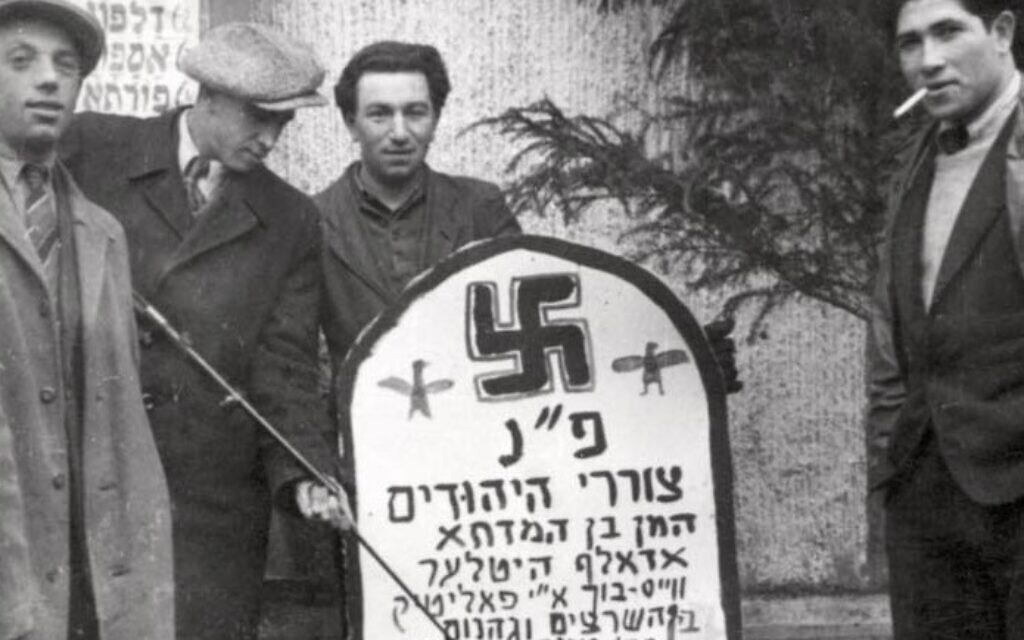 Purim with Holocaust survivors at Landsberg DP camp in Germany, with a fake gravestone for Haman and Hitler (Yad Vashem)

“There were plans in the works, some fantastic ones, to use DPs against the Russians,” Nasaw said. “Radio Free Europe was created with DPs and the CIA funded all sorts of anti-Soviet and anti-Communist organizations.”

“The Horror of Jewish Immigrants”

Calling themselves the “last remnant,” many post-Holocaust displaced Jews believed the best way to mourn the loss of loved ones in the Holocaust was to create new families, Nasaw said.

Two years after the end of the war, the highest birth rates in the world were recorded among Jewish displaced persons in Germany. Despite assumptions to the contrary, Nasaw said, only a minority of refugees were interested in moving to Palestine. 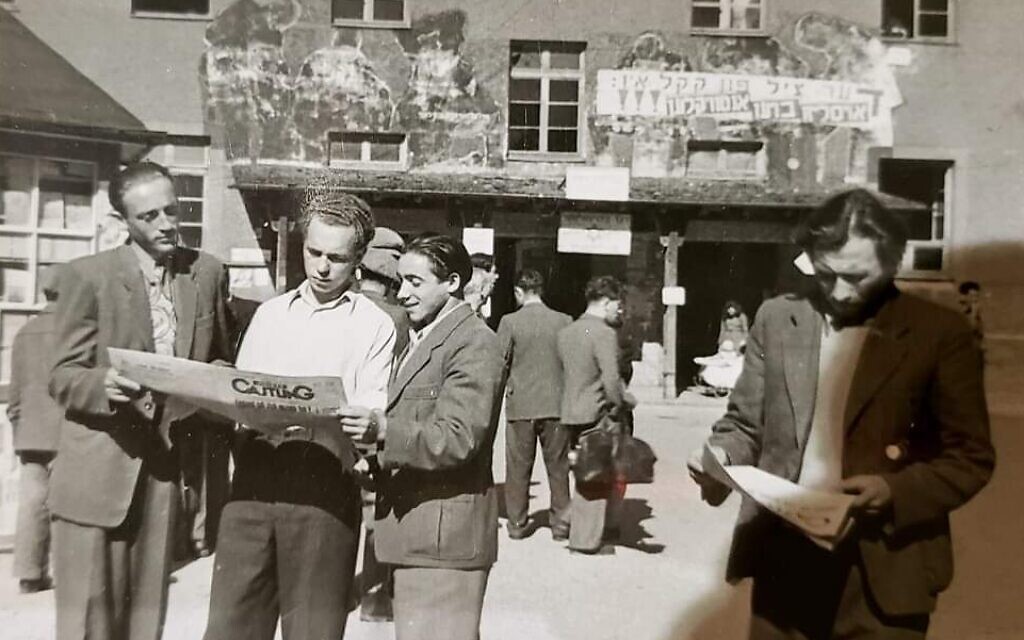 “Historians talk about surveys that 95 percent of Jews were in favor of partition or a Jewish state, but that doesn’t mean those refugees themselves wanted to go to Palestine,” Nasaw said. “These people had just been through a war and the last thing they wanted was to enter territory at war or about to be at war.”

While the British were blockading the coasts of Palestine to ships full of Jewish refugees, the US government was preparing its own type of blockade to prevent Holocaust survivors from entering America, as described in Nasaw’s book.

In 1948, US President Harry Truman and Congress passed the Displaced Persons Act. European refugees could enter the United States as permanent residents – unless they arrived at a displaced persons camp after December 1945. The law effectively prohibited almost all Holocaust survivors from coming to the United States.

“The nations of the world were united in [their] abhorrence of Jewish immigrants,” Nasaw said, a fact that helped most Jewish refugees become “reluctant Zionists.” 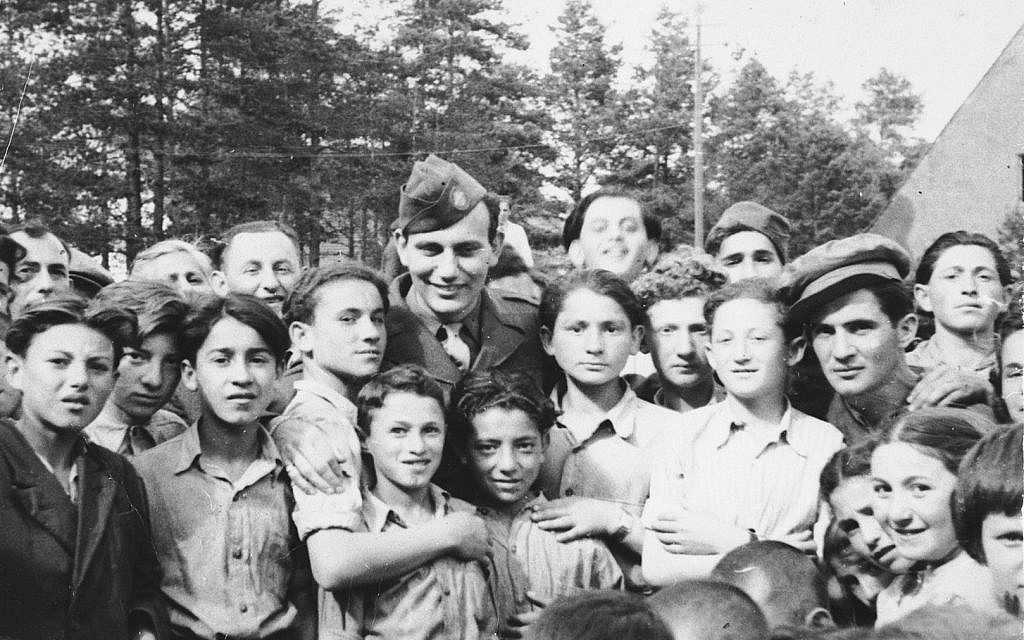 When asked why the DP’s Jewish saga is largely forgotten, Nasaw pointed to the tendency of Americans to insulate themselves from the consequences of wars.

“It’s too much for Americans to realize that we did this at the [Holocaust] survivors for years,” Nasaw said. “It’s too scary a portrait.”

“We don’t want to understand that wars turn into post-wars, and it’s civilians who suffer,” Nasaw said. “In parts of Africa and the Middle East, the world has allowed IDP camps to become an end in themselves, with the camps housing generations of refugees.

According to Nasaw, the story of the Jewish displaced persons fills a “void” between the Holocaust and the founding of Israel in 1948, a space usually “punctuated only by the story of the Exodus”. [in 1947].”

A key part of his research, Nasaw said, is that humanitarian concerns should guide the treatment of refugees, as opposed to the “hard Darwinian” principles applied after World War II.

“With the Jewish DPs at the end of World War II, we saw how lies and untruths were allowed to determine immigration policy,” Nasaw said.