St. Paul, MN – May 3, 2022 – Dr. Artika R. Tyner was awarded a 2022 McKnight Artist Fellowship in Writing (Children’s Literature). Tyner is a passionate educator, award-winning author, sought-after speaker, and advocate for justice. She is committed to training students to become social engineers who create new pathways to justice and freedom. Dr. Tyner manages Planting People Growing Justice Press and Bookstore, which promotes literacy, cultural awareness and leadership development. She has written and published 18 books, including: ‘Justice Makes a Difference’, ‘Amazing Africa: A to Z’, with Habia, and ‘Joey and Grandpa Johnson’s Day in Rondo’ and ‘Kofi Loves Music’.

“I am honored to receive this scholarship,” said Tyner, “and look forward to continuing my work promoting literacy, diversity in books, and leadership development among young people.”

Tyner will publish his first graphic novel this summer, “The Courageous Six Triple Eight: The All-Black Female Battalion of World War II,” published by Capstone. When the United States entered World War II, it faced its own contradictions at home. Opportunities opened up for blacks and women to support the war effort. But ideas about race and gender haven’t changed so quickly. This is the story of the Women’s Army Corps’ first all-black battalion – the Six Triple Eight – and its leader, Major Charity Adams. These women bravely confronted the racism and sexism they experienced. And they did it while creating a system to ensure that millions of letters and parcels reached soldiers fighting in Europe. From the Women Warriors of World War II graphic novel series, this inspiring story will introduce readers to heroes who were victorious in more ways than one. 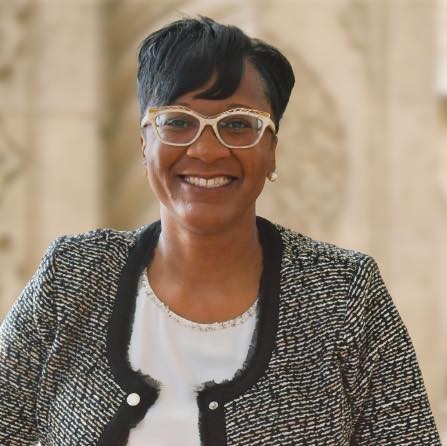 Tyner is also the founder of the non-profit organization Planting People Growing Justice™ Leadership Institute (PPGJLI) which offers programs and initiatives that promote children’s literacy. The author and PPGJLI have donated thousands of children’s books to local children, schools and libraries around the world.

The 2022 Loft/McKnight Artist Fellowship is a testament to Tyner’s storytelling skills and ability to write for children of multiple ages on a wide range of topics. It tells important stories that connect young people to their history, heritage and culture.

About the McKnight Scholarship

The Loft administers the McKnight Artist Fellowships for Writers which are presented annually to accomplished Minnesota writers and spoken word artists.

Dr. Artika R. Tyner is a passionate educator, author, sought-after speaker, and advocate for justice. Tyner is the founder of Planting People Growing Justice Press and Bookstore. In recognition of her leadership and service, she has received more than two dozen awards, including: Women in Business, American Small Business Champion, International Educator Citizen, and American Bar Association Difference Makers.

Column: Best-selling author Ken Blanchard has a new book for the leader in all of us