Children’s literature lost another giant with the death of Jim Murphy; Colin Kaepernick to publish a graphic memoir; SCBWI launches new funds and programs; and more in this edition of News.

Children’s literature lost another giant with the death of Jim Murphy; Colin Kaepernick to publish a graphic memoir; SCBWI launches new funds and programs; and more in this edition of News.

Children’s author Jim Murphy died suddenly on May 1 at the age of 74. The non-fiction narrative giant of the world of children’s literature wrote about wars, science and natural disasters in a way that engaged and entertained young readers. 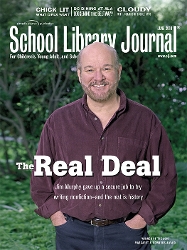 Murphy, who won the 2010 Margaret A. Edwards Award, is the author of more than 30 books documenting the history of the United States and often centering on the lives of young people at the time. He was the recipient of the Newbery Honor Award for The great firewhich tells the story of the Chicago fire of 1871, and An American plague: The True and Terrifying Story of the 1793 Yellow Fever Epidemicwho also won the Sibert Medal and was a finalist for the National Book Award for Young People’s Literature.

In a tweet, author Lauren Tarshis called him one of her “writing heroes.” “He was a pioneer in creating compelling narrative non-fiction for children,” she wrote.

Author Steve Sheinkin tweeted, “Jim was such a great hero in evolving the way history and non-fiction are and can be written.”

Kaepernick and Scholastic will publish their memoirs on a graphic novel

Scholastic will publish the graphic novel memoir of activist and former NFL player Colin Kaepernick on March 7, 2023. For readers ages 12 and up, Colin Kaepernick: Changing the Game will cover his high school years before stepping into the pro sports spotlight. It is co-written by Kaepernick and Eve L. Ewing and illustrated by Orlando Caicedo.

“I am excited to continue to grow and expand Kaepernick Publishing’s relationship with Scholastic,” Kaepernick said in a statement announcing the agreement. “Change the game is the true story of my high school years, a time punctuated by the trials and triumphs of adolescence. It was around this time that I began to grow shamelessly into my own identity, into my own sense of myself. I hope this graphic novel will encourage readers to nurture their own evolution and trust in their power – in a word – to change the game.

Kaepernick and Scholastic have partnered to I color myself differently, a picture book about Kaepernick’s experience as a 5-year-old given a school assignment to draw a picture of his family. In the graphic novel, the former NFL quarterback who was ousted from the league after taking a knee to protest police brutality and who has yet to be signed by any NFL team, writes about his senior year of high school when he was heavily scouted as a baseball player and what made him not go that route.

ALA and HHS Host Webinar on Children’s COVID Vaccines

On Wednesday, May 25, the American Library Association is partnering with the US Department of Health and Human Services (HHS) to host a online seminar to help educate library workers on how to combat vaccine hesitancy and help families get the information they need about childhood vaccinations.

As part of ALA and HHS “We Can Do It” Campaign to share information about COVID-19 vaccines with families, webinar panelists are Melanie Huggins, president of the Public Library Association (PLA) and executive director of the Richland Library in Columbia, SC; pediatrician Dr. Dipesh Navsaria, who has graduate degrees in public health, children’s librarianship, physician assistant studies and medicine, according to the ALA press release; and Erin Hemlin, director of strategic partnerships for the COVID-19 public education campaign in the Office of the Assistant Secretary for Public Affairs at HHS.

This free webinar is intended for all public library staff and is particularly designed for those with responsibilities related to health, family engagement, outreach, or partnerships. An ALA eLearning account is required to Register for this free webinar.

The Society of Children’s Book Writers and Illustrators (SCBWI) has announced the launch of the SCBWI Impact and Legacy Fundwith a mission to “provide specific endowments, grants, awards, and programs that enhance the reach and impact of children’s book creators,” according to the announcement.

The fund’s projects, which will not be limited to SCBWI members, will:

As part of these initiatives, the Impact and Legacy Fund is launching the The Russell Freedman Prize for Non-Fiction for a Better World and the Student Advocates for Speech project, a collaboration with the National Coalition Against Censorship.

Nominations are open for the Russell Freedman Prize, which is funded by a grant from the Freedman Estate. The award will be given annually to an author or writer/illustrator of a children’s or young adult book recognized for both excellence and contribution to understanding that helps create a better world. It is open to any author or author/illustrator combination whose non-fiction book has been or will be published in 2022. Apps must be filed by September 1, 2022.

the The mission of the Student Advocates for Speech project is “to enable the next generation of leaders to engage in discussion and analysis of the essential principles of freedom of expression”. As part of SAS, high school students from across the United States will form clubs at their schools, interview banned authors, write newspaper articles, issue a public statement, and participate in public events. The SCBWI will help students present a virtual public roundtable with authors on November 30, 2022, during which they will consider why certain books should or should not be banned.

CCBC has a new director

Tessa Michaelson Schmidt has been named the next director of the Cooperative Center for Children’s Books (CCBC)replacing longtime director KT Horning, who has held the position for the past 20 years and is retiring.

Schmidt, who will start on July 25, has served as a teacher, school librarian, public librarian and administrator. Most recently, Schmidt was Wisconsin’s deputy superintendent for the Library and Technology Division within the Department of Public Instruction.

“I am thrilled to join such a vital and valued organization as CCBC,” said Schmidt. “It is an honor to be chosen as the next leader of the institution that has given me purpose as an educator and librarian. I look forward to working with CCBC staff and stakeholders in the months coming. “