Author Patricia Nicol unveils a selection of the best books on: Holiday jobs

Author Patricia Nicol unveils a selection of the best books on: Holiday jobs

By Patricia Nicol for the Daily Mail

Do young people still do holiday and weekend jobs? I first went to work, at 15, as a “candy girl”, making puddings such as knickerbocker glories, in a restaurant.

My intention was to save to go on Interrailing, but with a starting salary which I remember being £1.13, increased to £1.76 an hour, I was barely going to make it to the next town.

Later, I had higher-paying Saturday store jobs, and I would (badly) do money-serving waitress gigs. 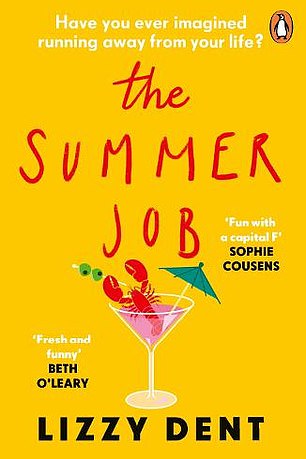 British author Patricia Nicol has rounded up a selection of the best holiday job books, including Michelle Gallen’s Factory Girls and Lizzy Dent’s The Summer Job.

I learned a lot from these jobs: that education is not the same as intelligence; that, in any workplace, there will always be caring people determined to see a young person succeed, and others who must (or never will be) conquered.

In and out of kitchens, pulling pints, carrying serving trays, smiling welcomingly at a company reception, I also learned a tedious amount about the kind of male predatory behavior that in the 1980s and 1990, seemed endemic.

Nina Stibbe’s most recent novel, One Day I Shall Astonish The World, reminded me of that time vividly. It begins in the summer of 1990. Protagonist Susan is a college student with a vacation job at a haberdashery where an accidental pregnancy makes a permanent role.

Another darkly comedic novel, Factory Girls by Michelle Gallen, is also set in a summer in the 1990s.

While waiting for their baccalaureate results, Northern Irish Catholics Maeve, Caroline and Aoife find work in a shirt factory.

For working-class protagonist Maeve, the role is a stepping stone to a university in London. But this holiday work, in the midst of a sectarian workforce, is also an education.

Lizzy Dent’s The Summer Job is a new romantic comedy set in a posh hotel in Scotland. Birdy tells a white lie to escape it all and find a dream job. But the truth always comes out, right?