“Why do you always write about the war? my husband asked me. He has a point. My books may be aimed at the holiday reading market, but I love history and since they are set in Croatia, it is very hard to ignore what happened in the country during the 20th century. century.

I don’t want either. There are important stories to tell. In fact, it was the experiences of Dubrovnik-based tour guide Darko Barisic, who grew up during the conflict, that inspired me to write about the country in the first place. Well, that and the beautiful landscapes, the warm and generous people and the fascinating culture. Not to mention food, wine, olive oil and some of the best coffee in the world. 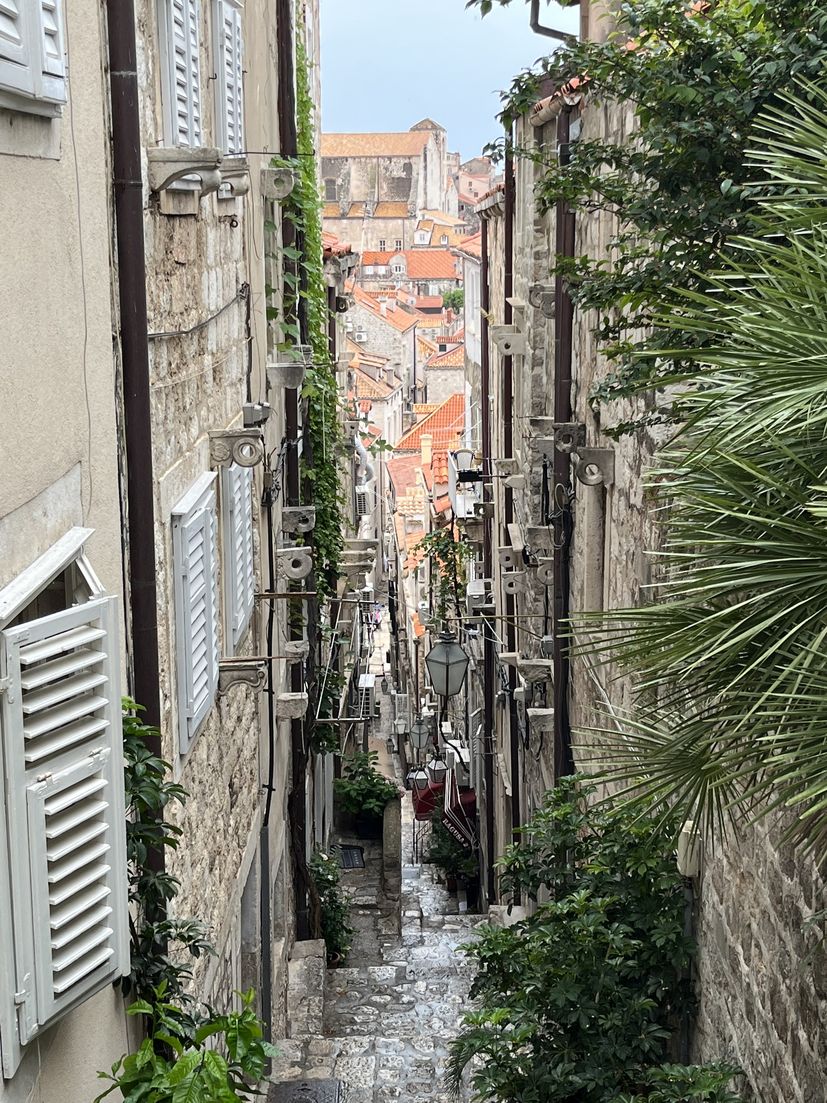 Staircase street in the old town of Dubrovnik

So in June and July I was back in Croatia researching my summer 2023 outing, which in addition to revisiting WWII has a prominent character who was a defender of Dubrovnik. The book was already written so I had a clear list of where I wanted to go; Lopud (especially the old monastery), Trsteno Arboretum, Mount Srd and in the Old Town of Dubrovnik, an eclectic mix of historically significant places.

Based on Sipan for the first few days, it was an easy hop to Lopud on the ferry. The monastery is now a high-end vacation rental and event space, Lopud 1483, but thanks to the efforts of the general manager, I was able to arrange a guest visit and felt privileged to see the inside of a building also wonderfully restored. 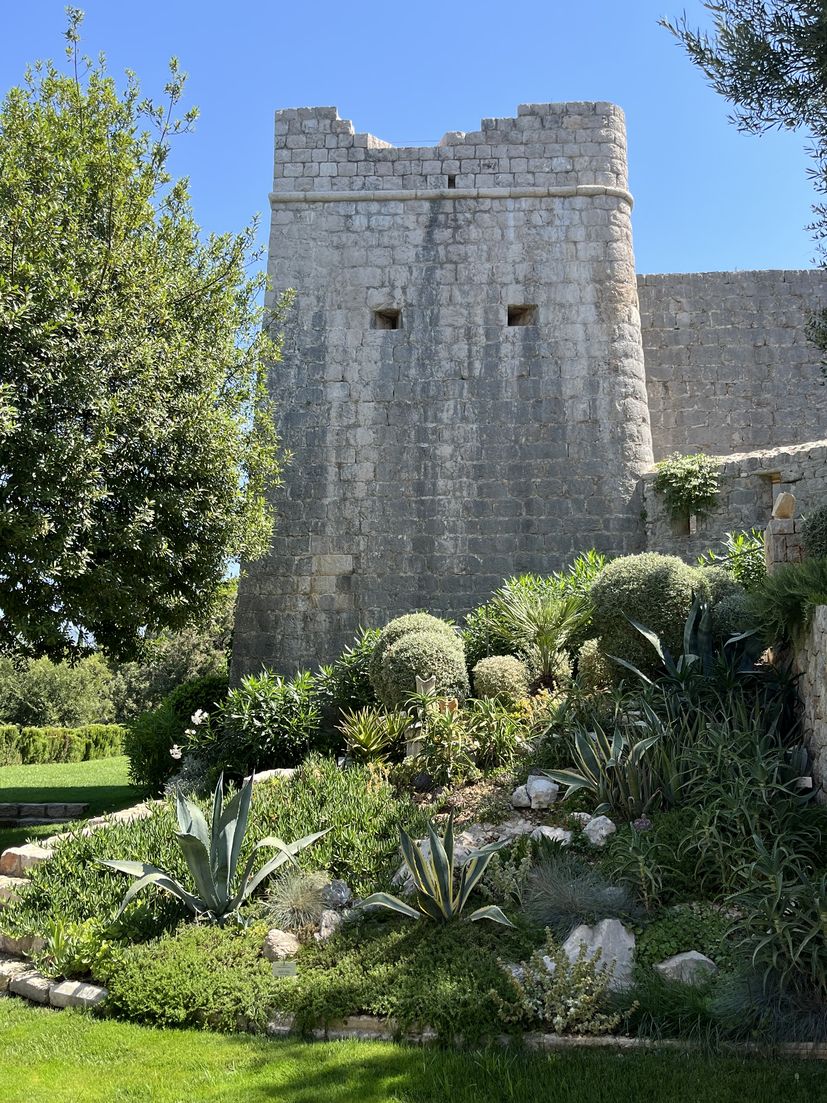 What originally attracted me was the knowledge that part of the Jewish community of Dubrovnik had been interned in Lopud in 1942-3 by the Italians and I thought the monastery was one of the few places large enough. When I saw a video of the master suite, where there is preserved graffiti that says “il duce”, I was convinced I was right. 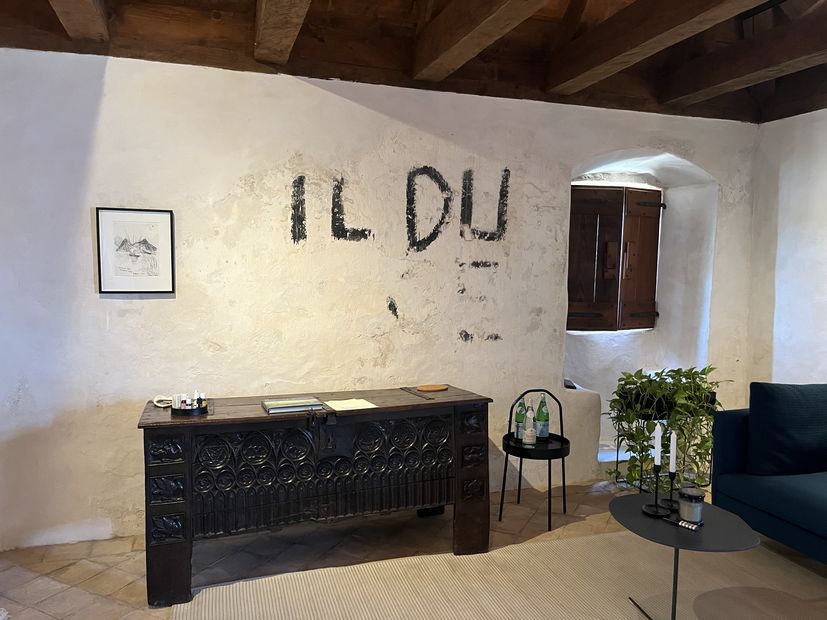 It took me one visit to the island to find out I wasn’t, which is why it’s so important to go to the places in a book, walk the grounds, and talk to the locals. Also, internet searches work differently when you are in a particular country and new avenues of information open up. I discovered that the Jews had in fact been detained at the Grand Hotel, an icon of 1930s architecture now crumbling behind security barriers, which required a rewrite, but it was well worth it for many understand the facts.

On the mainland where the first stop was the Croatian War of Independence Museum on Mount Srd to learn as much as possible about the Siege of Dubrovnik. Although the museum itself is fascinating, I was very lucky in booking a driver through Dubrovnik 4U Transfers to take me there. Kresimir Pehar lived in Dubrovnik during the siege and gladly told me about how things were really going in the city, sharing his own experiences and those of his family. 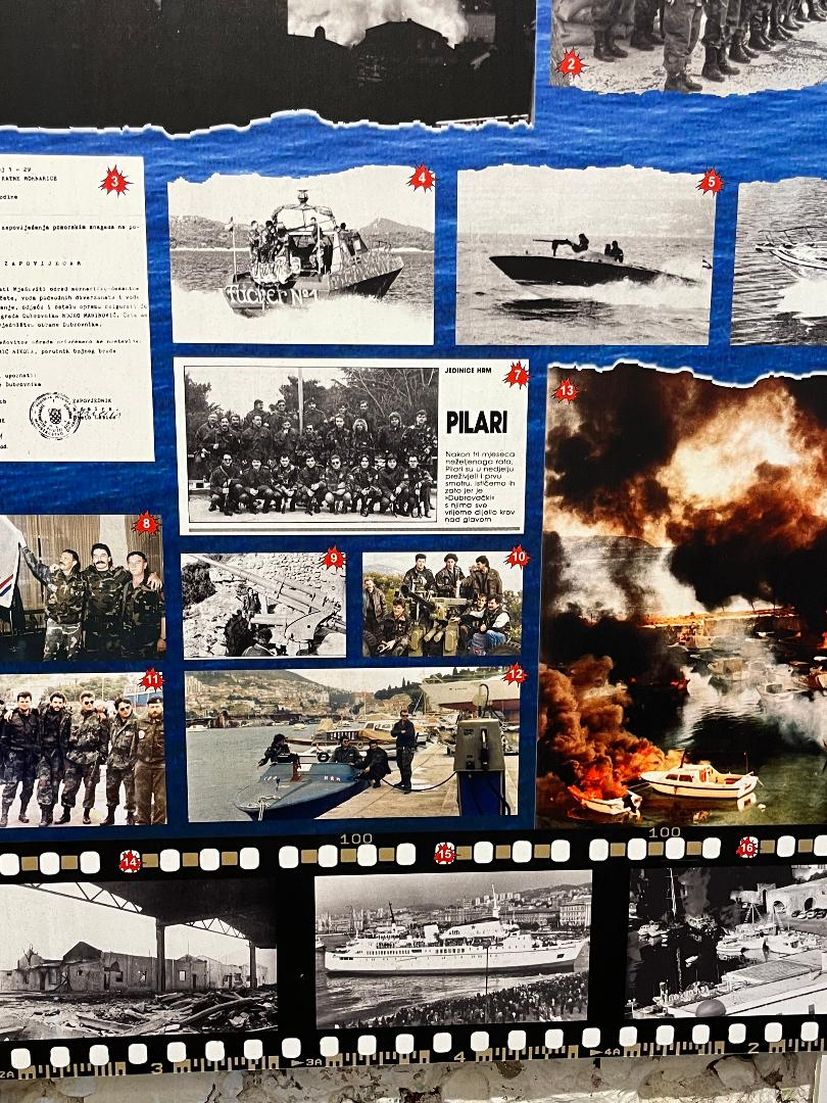 Display panel at the Museum of the Croatian War of Independence

Having grown up in a country where there has been peace throughout my life, I am always amazed by what the Croatian people have been through and their resilience. Watch Kresimir photograph the waving flag next to the 6e The December 1991 monument almost brought tears to my eyes. Talking to someone who has lived through a historical event brings it to life more than any museum. 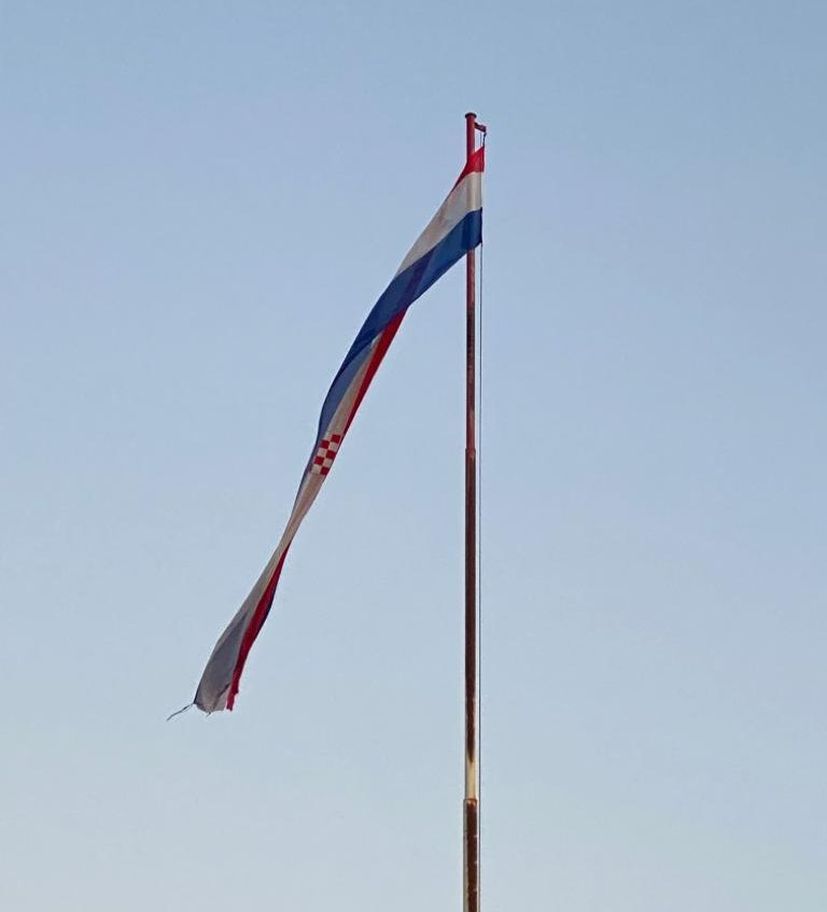 He wasn’t the only veteran I met as I wanted to find out how the old town had been affected by the war. Determined to find someone who was a veteran of the conflict to show me around, I booked guide Mato Knego, who told me he could tailor the tour to my exact needs. He kept his word and from the first moment we just walked and talked, drank coffee and talked some more. About the miracle (my word, not his) of the 6e December 1991, about the struggle to feed and arm those who remained in the city, about the refugees who arrived with nothing – and also about the long-term effects of the fighting.

It seemed almost incongruous on a sunny morning with the Old Town crowded with tourists and laughter in the air, but it just shows how, in thirty years, Dubrovnik has once again become a thriving holiday destination. But when you learn what to look for you can find the scars of war everywhere and to me it is vital that the sacrifices made are never forgotten. 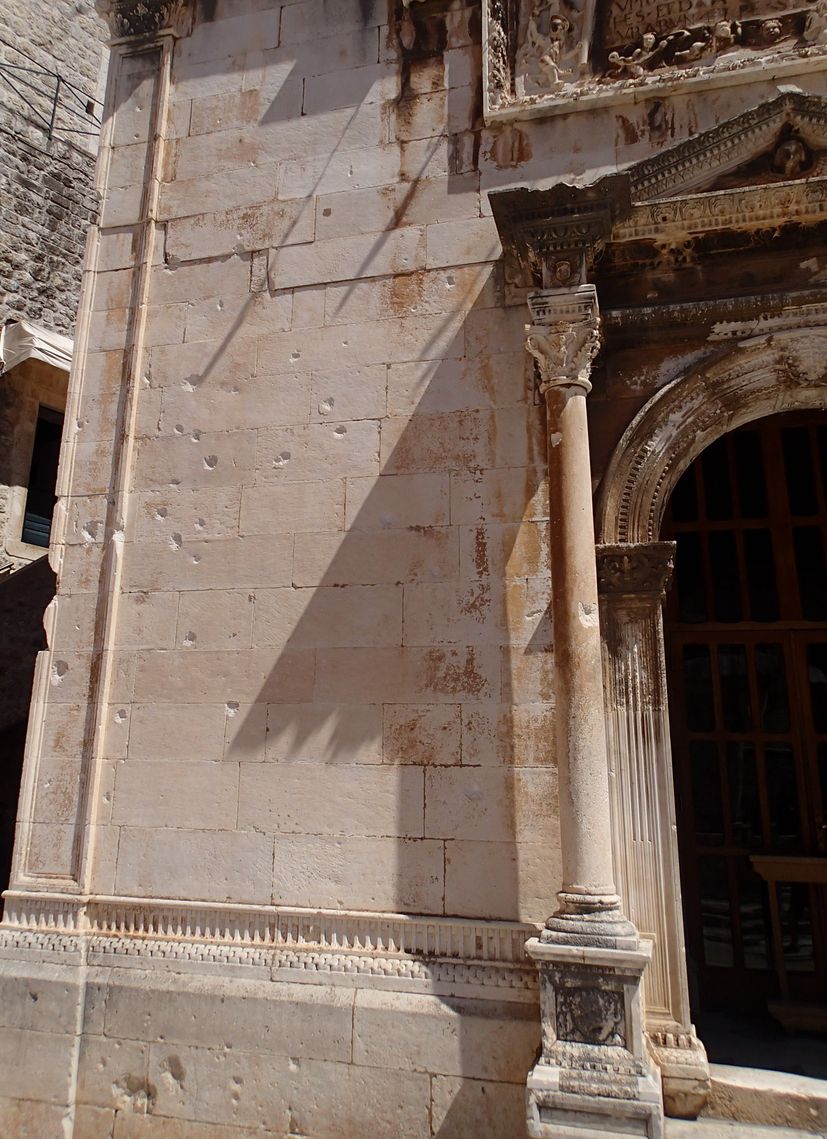 Bullet holes on the monastery of the Franciscan church

I guess that’s why I include these conflicts in my books, and choose to do so through commercial fiction that has the ability to reach a wide audience. I like the idea that someone cruising around Dalmatia, or staying in one of Opatija’s seaside hotels, picks up holiday readings that not only entertain them, but also teach them something on Croatia. 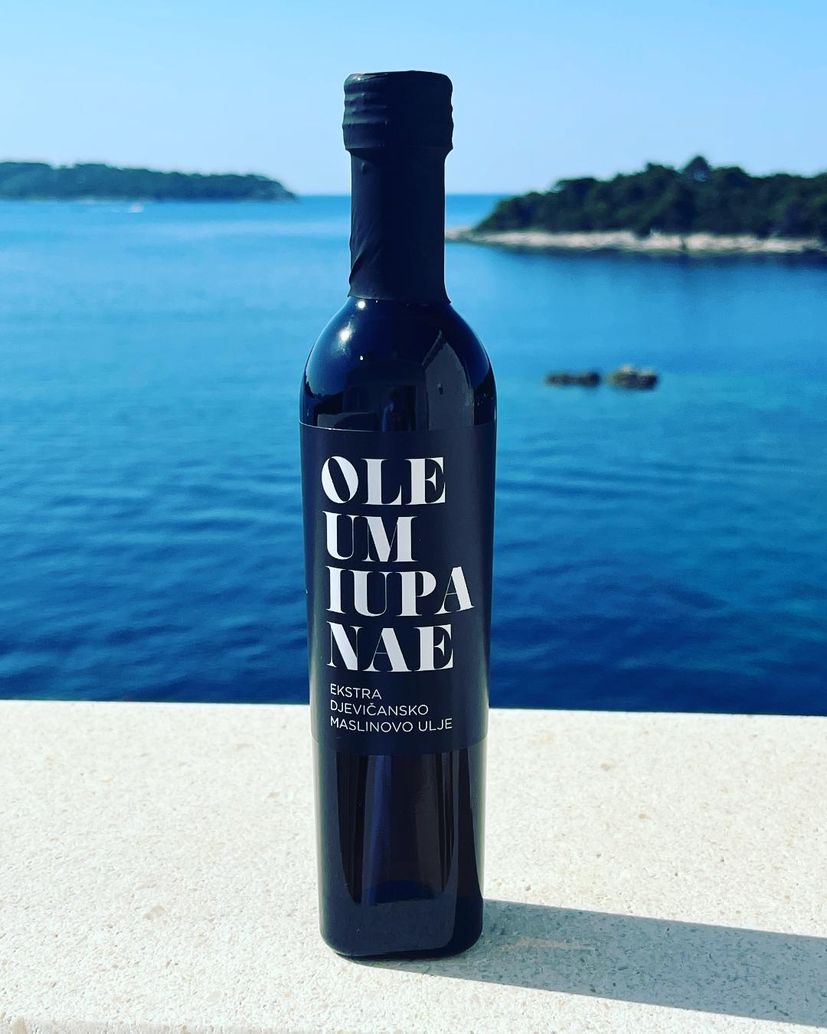 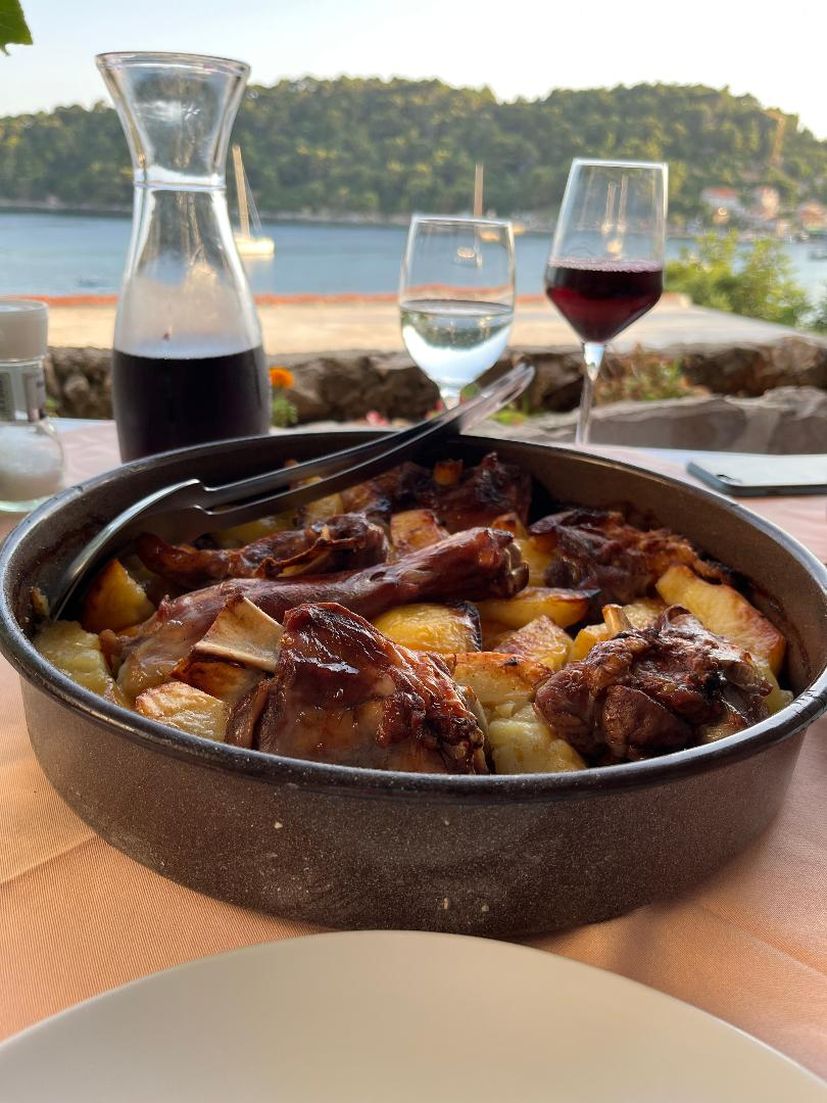 The View apartment, Cavtat, available through Airbnb. Speaking of views, perched on the hill above the town, this place is stunning. A stylish home away from home.

The Jewish Museum in Zudioska Street, Dubrovnik. In the same building as the Synagogue, it is both tiny and fascinating with really friendly and knowledgeable staff. 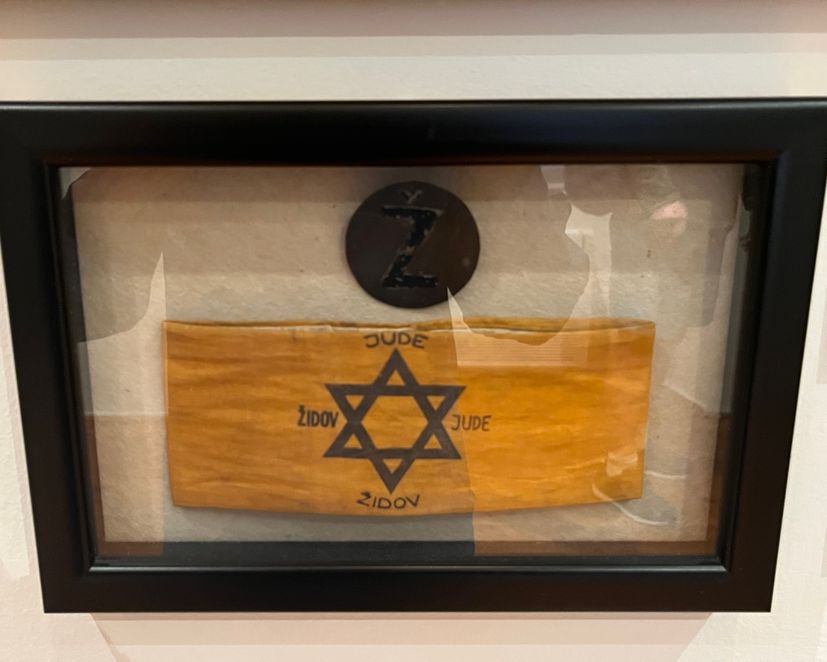 Armband from World War II in the Jewish Museum

Villa Orsula, Dubrovnik. We were upgraded from the hotel next door, probably because it was my husband’s birthday. They certainly knew because they brought a cake to our room. Impeccable customer service delivered with professionalism and warmth. Worth saving up to stay there if you can possibly manage it.

Eva Glyn’s books are published by Harper Collins and are available on Amazon worldwide, through Znanje in Croatia, Barnes & Noble in the US and Waterstones and other good bookstores in the UK.