Author and former Tokyo governor Shintaro Ishihara, who left his mark on Japanese politics as a staunch hawk and whose nationalist views often ruffled the feathers of Japan’s neighbors, died Tuesday morning, his family said. He was 89 years old.

Ishihara died after battling pancreatic cancer, his eldest son and former lawmaker Nobuteru told reporters. Young Ishihara said his father ‘had a good fight against cancer but had a relapse in October last year’.

The former governor died at his home in Tokyo, according to a source familiar with the situation.

The novelist and former politician, who also served as a Diet lawmaker, sparked a bitter diplomatic spat between Japan and China in 2012 by announcing a plan for the Tokyo Metropolitan Government to purchase much of the disputed Senkaku Islands, claimed by China. , from a Japanese private owner.

The plan led to the central government eventually purchasing the three uninhabited islands in the East China Sea, which led to a freeze in bilateral relations.

Ishihara also hoped that Japan would rewrite its US-drafted Constitution. The same passion was apparently behind his return to national politics at the end of his life in 2012 after his 13-year term as governor of Tokyo.

In a political career spanning nearly 50 years, Ishihara spent many years as a Liberal Democratic Party legislator and held cabinet posts before taking over as leader of Japan’s capital.

After leaving his governorship, he led a small party which merged with what was then a burgeoning opposition party. He retired from politics with the loss of his Diet seat in the December 2014 general election.

Born in the western Japanese port city of Kobe on September 30, 1932, Ishihara made a name for himself as a promising writer, winning the prestigious Akutagawa Prize in 1956 for his novel “Taiyo no Kisetsu” ( The Season of the Sun), which he wrote a year earlier at the age of 22 while a student at Hitotsubashi University in Tokyo.

The book became a bestseller and created a social sensation, inspiring many to emulate the bohemian lifestyle depicted in the novel. His younger brother Yujiro, one of Japan’s biggest movie stars who remains immensely popular decades after his death in 1987 at the age of 52, made his acting debut in a film adaptation of the novel. . 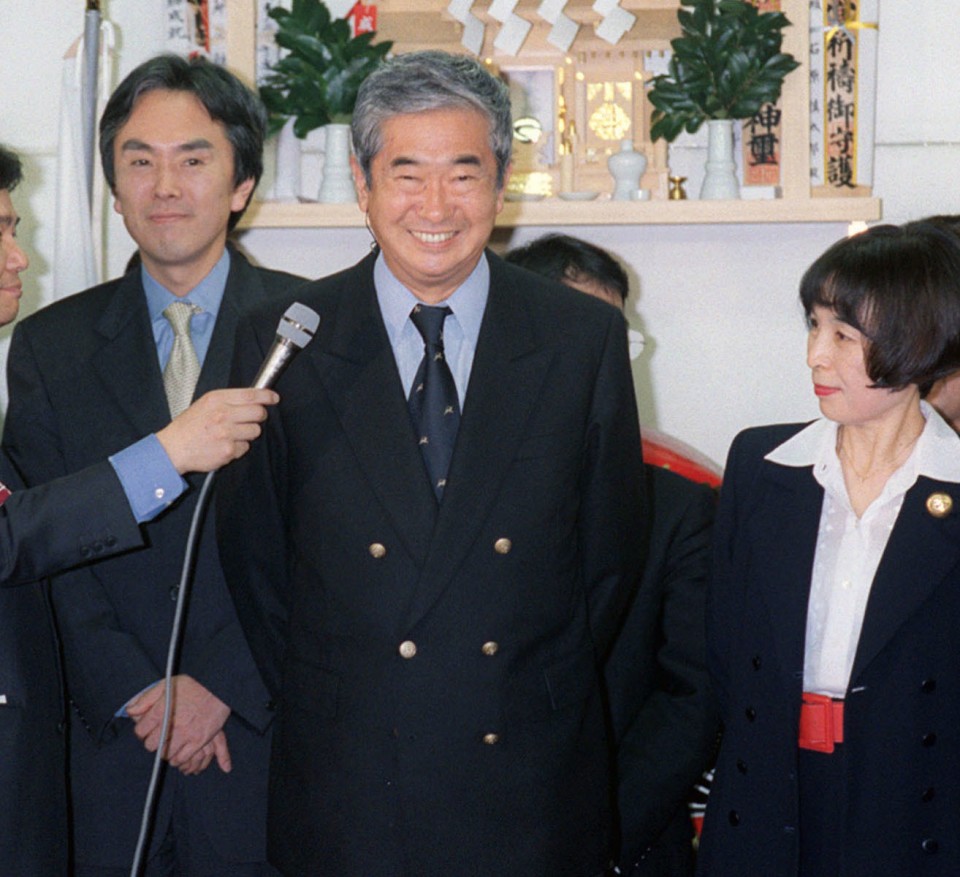 Ishihara sparked international controversy with the publication of his 1989 book “The Japan Who Can Say No”, which he co-authored with Akio Morita, then chairman of Sony Corp. In the book, he said Japan should tell the United States it can protect itself and consider canceling the bilateral security treaty.

He entered politics in 1968 at the age of 35 with election to the House of Councilors, winning an unprecedented three million votes in the national constituency after covering the Vietnam War for the major Japanese daily Yomiuri Shimbun from 1966 to 1967.

In his books, Ishihara said the experience motivated him to envision Japan’s future and become a legislator.

Ishihara rose to the House of Representatives in 1972 and later served as head of the then Environment Agency and transport minister in the LDP governments, but resigned abruptly during his eighth term in April 1995, citing desperation over Japanese politics.

After being first elected governor of Tokyo in 1999, Ishihara pushed forward initiatives such as the introduction of a new tax system for major banks and strict regulations on diesel vehicle exhaust.

As governor, Ishihara offered to host the Tokyo Olympics in the summer of 2016, but the International Olympic Committee chose Rio de Janeiro instead. He then submitted a bid to host the 2020 Olympics, which were ultimately successful under his successor, Naoki Inose.

In October 2012, Ishihara announced his resignation as governor to found a new party and return to national politics. Winning in the general election in December of that year, he served his ninth term in the lower house until losing in the election two years later.

Ishihara is the author of numerous books, including a 2016 bestseller, “Tensai” (Genius), a biographical novel about former Prime Minister Kakuei Tanaka, written as a monologue by one of the most popular politicians and most controversial in post-war Japan.

He was awarded the Grand Cordon of the Order of the Rising Sun, a Japanese order, in 2015. 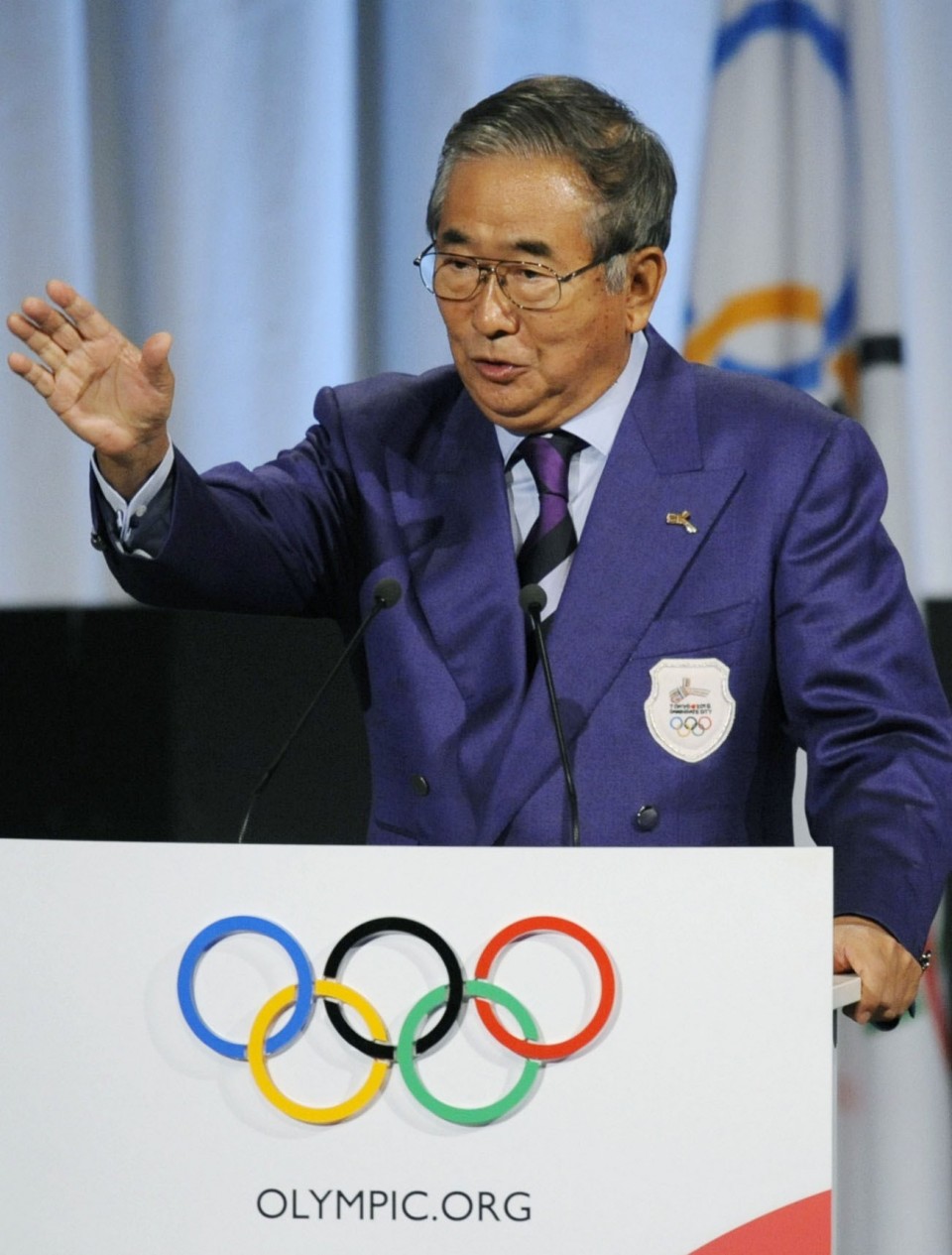 The file photo then shows Tokyo Governor Shintaro Ishihara making a presentation to promote Tokyo’s bid for the 2016 Summer Olympics at a session of the International Olympic Committee in Copenhagen in October 2009. (Kyodo