Author writes books on the history of the Tampa Mafias

TAMPA, Florida. – If you could go back in time in Tampa, you’d see that Cigar City has a thousand stories, including those in the book Cigar City Mafia by Scott Deitche.

“Once in a while I have people say to me, ‘Why are you talking about this story? Why are you digging it up?’ But that story was part of Tampa history,” said Deitche, who moved here from New Jersey.

He attended Eckerd College, became an environmental engineer, and developed a fixation with the Mafia that led to the publication of Cigar City Mafia 20 years ago.

Deitche followed it up with a book called The Silent Don. It focused on Santo Trafficante, Jr., the notorious Tampa mob boss. These books and several that would follow fueled people’s fascination with the mob.

“I think the fascination is that this group of people live outside the law,” Deitche shared. “They kind of do their own thing. You wouldn’t do it yourself, but you’re kind of fascinated by this underworld.”

It’s a fascination he found years ago after watching the 1990 mob movie, Freedmen.

“It started to turn and the casual interest became more of an obsession,” he said. And it didn’t stop.

“I always wanted to do a book about New York and the 70s,” Deitche shared. His new book is called Hitmen, the mafia, drugs and the Harlem Purple Gang. 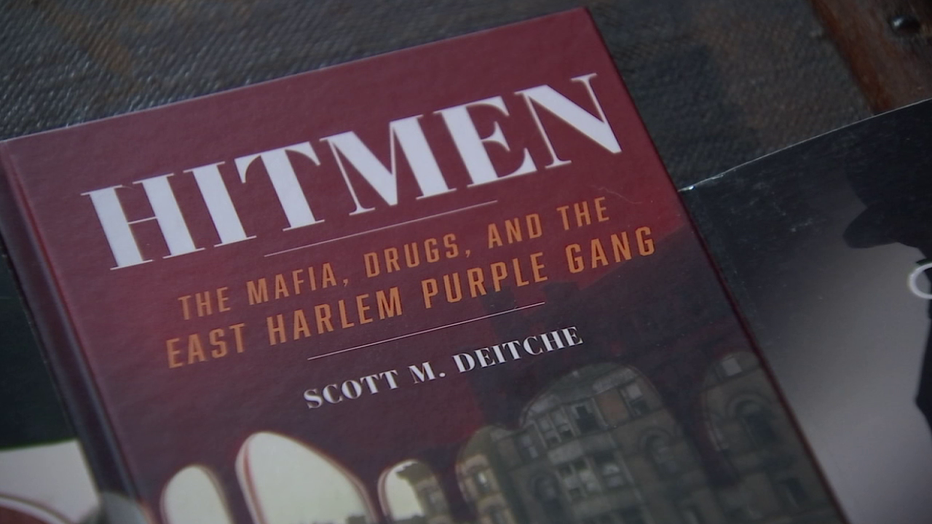 This is his fifth mafia book since Cigar City Mafia almost 20 years ago. People are still buying that first book.

“And I still get, every week, inquiries from people who grew up in Tampa or knew people in Tampa,” the author said.

Deitche said some readers give him new information about past Mafia activities. He could write a sequel to Cigar City Mafia.